The Adobe Create Now 2014 Singapore was held on 27 Jun 2014 at Raffles City Conventional Centre. It was my first time attending to this Adobe annual event, and i am just curious how the Adobe had evolved from those days where i just started using Adobe Photoshop back in 1999… wow, (seriously no joke), and creating web animation using Macromedia, and those who have heard what’s Macromedia; good for you.

Most of the established software business module like Microsoft, Adobe etc, had certainly changed the way they market their product, for instance, from those in CD boxes to monthly subscription based and where all the contains are stored in the cloud. It’s either a Yay or Nay, some might find it uncomfortable storing their work in the cloud; intrusion of their work. I am fine with this new scheme, it allows poor man like me to own the full Adobe features on installment basis.

There were explosions of new apps, new products, features, tips, from the 3 speakers, Paul Burnett, Karl Soule (the Pr guru), and Nelson John.

Paul introduced and gave a walk through about the 3 new apps for iOS, 1) Adobe Photoshop Mix, 2) Adobe Line, 3) Adobe Sketch, and the new product the Adobe Ink and Slide.

In my opinion, from the way these new apps looked in app store is not appealing, they seems like uncompleted drafts released in apps store *ugly icons.

Adobe Line (FREE) – Amazing new app that allows you to draw straight lines, nice accurate curves using a digital french curves, and it has nice simple vectors stamps of furniture, animals to add into your illustration. A good app for architects, interior designers. There is an existing mature app similar to this called Concepts: Smarter Sketching, this app is free to download, but it will cost you S$6.98 to unlocked all features.

Adobe Sketch (FREE) – Well… allow artist to do sketch on the move, i feel that Adobe Sketch has a lot to improved on in terms of the GUI, presentation, choice of drawing tools are limited. I would still prefer using my existing Wacom Paper – Notebook or SketchBook Pro for Ipad from Autodesk Inc. Hey… I thought Adobe just released a relatively new apps called the Adobe Ideas that is similar to Adobe Sketch? 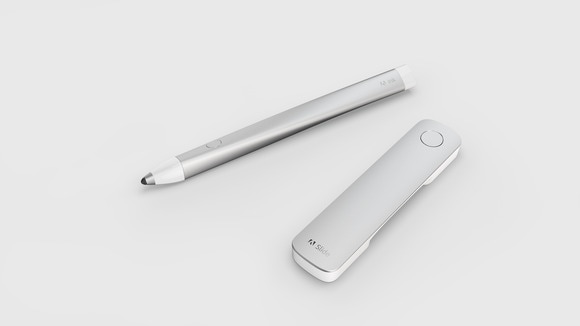 Another cool stuff introduced in the event were the Ink and Slide, the Ink looks promising as it not common blue tooth iPad stylus in the market, the nib of the “ink” used the Pixel Point Technology, sounds familiar? Yes, it’s the same technology as Adonit, in fact, the ink’s hardware is manufactured by Adonit. I personally owned a Adonit Script and it’s one of the best and accurate stylus till date. Other than the nice simplistic design of the ink, the ink store the common colors and perhaps your common preferred settings.

The Slide looks like a point point presenter or like my Apple TV remote controller. The function is to… allow you to draw straight lines…? Well, we did not get the chance to hands-on, so i cannot really comment on this.

Both the Ink and Slide are available in US US$199, but not available in Singapore yet, it wasn’t announced during the event.

In summary, it was a great day with Adobe, there’s so many neat features and stuffs the presenters wanna to show us but the time was just too short.