I have always been looking out for gadgets with the X-factors, hence, today I am sharing the Motorola Moto Z2 Play and Moto Mods Review with you. 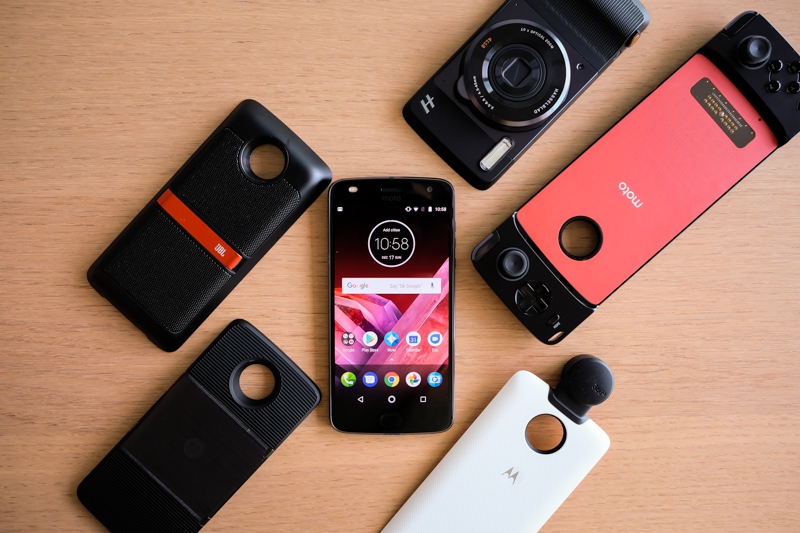 Motorola Mobility launched their first flagship phone, the Moto Z back in June 2016, the Moto Z is distinguished by the “Moto Mods” ecosystem which allows case accessories to attach onto the back of the phone magnetically to provide additional functionality. – the source from Wikipedia 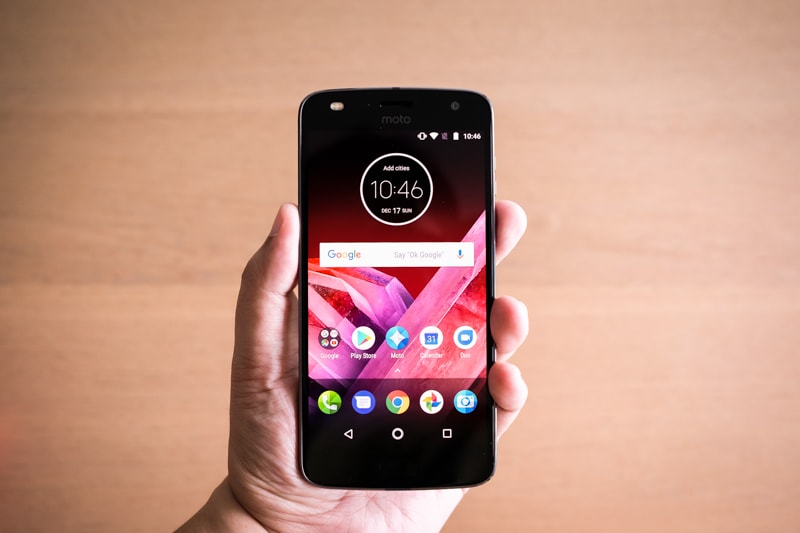 The rear of the phone is made of aluminium coated with nano-coating to repel water and a Super AMOLED 5.5” inch 401 PPI Corning Gorilla Glass on the front. With my naked eye, the screen images are sharp, and colourful, comparable with other top ends brands

The SIM card tray can fit into two Nano-SIM cards and one microSD card slot supporting up to 2 TB. I seldom have seen such multiple sim card slots; it is very beneficial for travelling overseas. 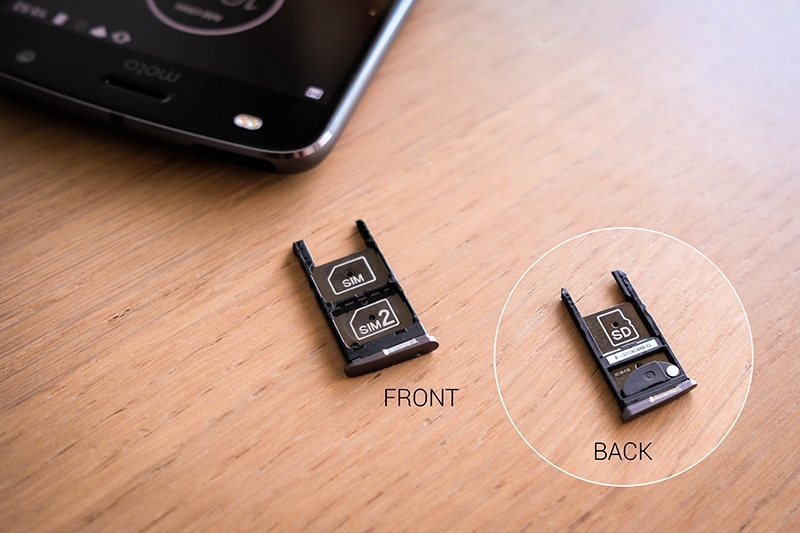 Motorola plays it safe by placing the finger sensor bottom on the front bottom, unlocking the phone with my fingerprint was almost immediate.

On the front of the phone, it has a 5mp f2.2 wide-angle front camera, on the rear, it has a 12mp f1.7 Dual Autofocus Pixel camera with laser autofocus up at near distance.

The Moto Z2 Play doesn’t adopt the trendy dual rear camera, neither it has OIS function on this flagship phone. However, the images’ quality is generally sharp and the colours are vibrant under bright and low light condition. I do observe some noise even in bright daylight, that may be due to the lack of noise reduction from the phone software. 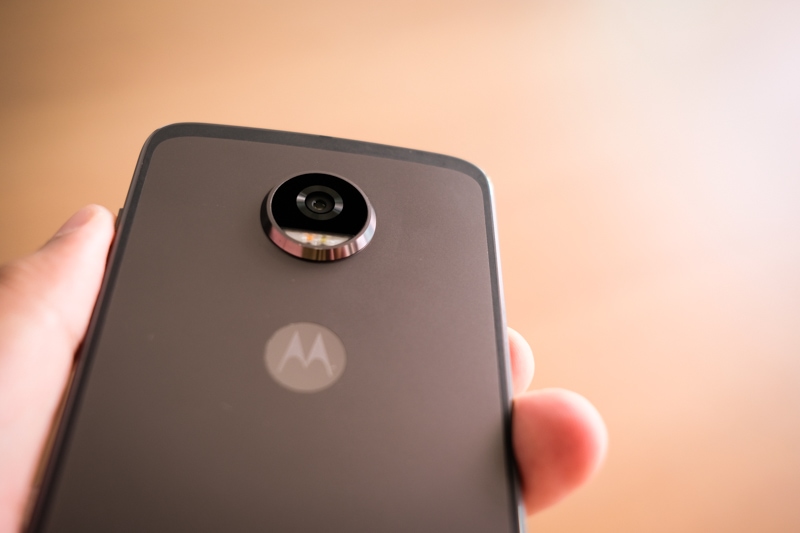 In term of connectivity, the Motorola Z2 Play has a USB type C slots, equipped with Bluetooth 4.2 which allows me to connect up to 4 audio speakers simultaneously. Motorola still retains the 3.5mm headset port for those who prefer listening on their analogue headset, an old saying it’s ain’t broken, don’t fix it.

The Moto Z2 Play has a decent non-removable Li-Ion 3000 mAh battery at the back. The phone allows me to last thru the day under normal usage like Whatsapp-ing, Facebook-ing, watching Youtubes etc on the go.

This phone has a TurboPower charging; the battery reaches 50 percent with 30min of charging from zero percent. I would recommend using the original power adapter and cable included in the packaging to achieve the optimum charging result.

If you think that 3000 mAh is not enough, you can snap on the moto turbo power pack (sold separately). When the mod is attached to your phone, it gives you additional 3490 mAh instantly, and that total of 6490mAh!

There is also another moto style shell (sold separately), it has a slimmer profile to allow for wireless charging, and this mod is just additional 49.2 gram heavier.

I hardly feel any lag on the phone or any battery complaints after weeks of usage. The Moto Z2 Play operates on Android™ 7.1.1, Nougat, and Moto’s UI is almost feel and look like a pure Android.

The Moto Experiences – a software apps for providing some interesting user’s experience. For example, flipping the phone back and forth twice to activate the camera function, flip the third time to enable the flash.

I can simply do a print screen by swiping three fingers on the screen, and many other features to explore.

The Moto Mods are magnetic add-on accessories to upgrade your Moto Z series phone to the next level, accessories like battery power pack, speaker booster, Hasselblad camera zoom, projector, gamepad and many more!

The Moto Mods works instantly once Moto mods are attached to the phone magnetically via the 16 magnetic pins located on the rear of the phone, it fits securely even I shook vigorously.

Not forgetting to mention that all Moto Mods are back compatible with all the Moto Z series phones too, so you won’t worry about your mods getting obsolete. Anyways, here are the mods’ reviews which I had the chance to try on. 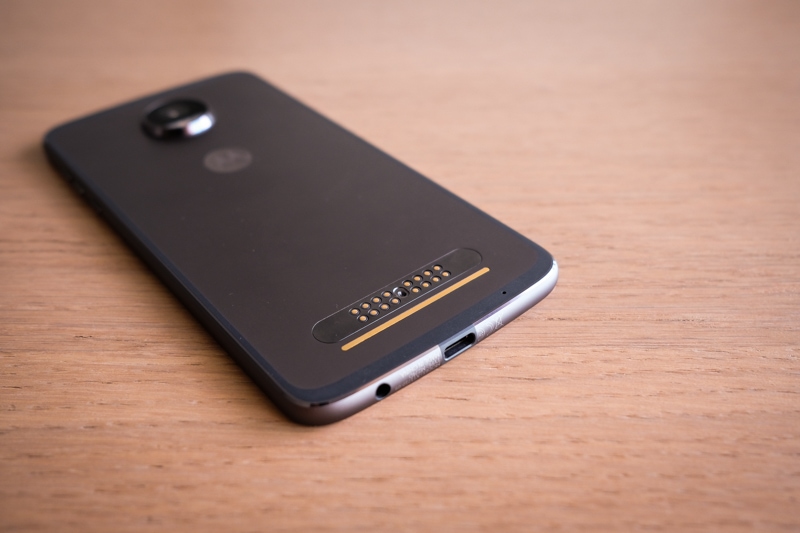 The Hasselblad True Zoom moto mods allow me to achieve ten times optical zoom, allows me to capture from a great distance and still providing the sharp image quality. It doesn’t have a built-in sensor as it relies on the sensor from the Moto Z2 Play.

It also provides a more ergonomics while taking photography and I hope the Motorola will look into making a beefier handle for more grab. 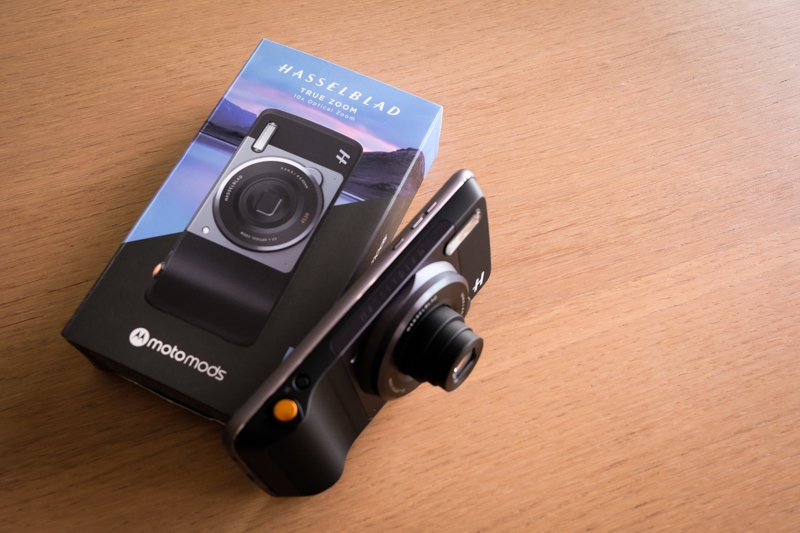 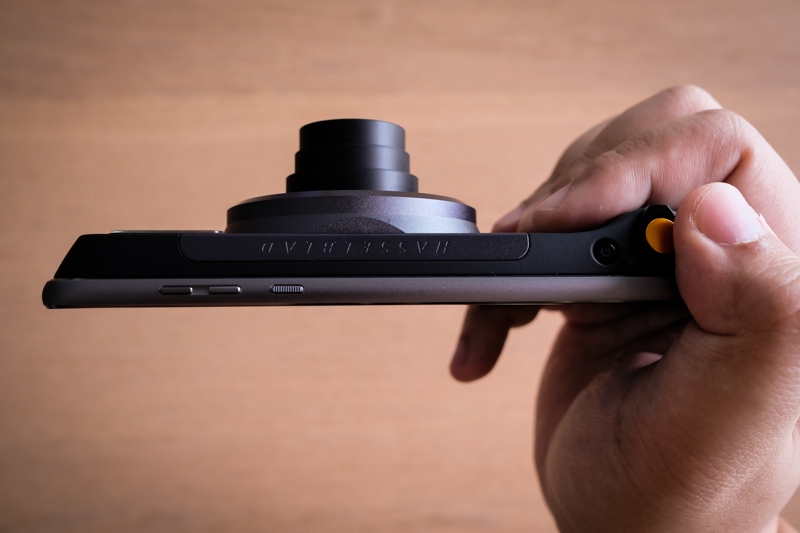 The JBL Soundboost Speaker provides powerful stereo sound while I was playing my Spotify playlist. I find it useful while watching movies from my Moto Z2 Play; the speaker was able to boost the movie dialogue voice loud and clear. 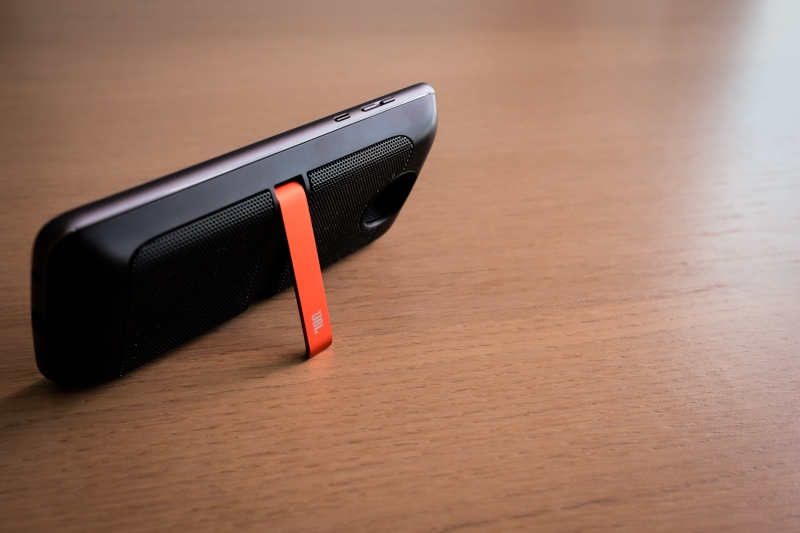 Just simply Snap-On this Moto 360 Camera mod onto the back of the Moto Z2 Play to capture 360-degree photos, videos and audios; up to 4K quality. It also provides a 150-degree ultra wide angle photos and taking selfies in a breeze, it is the perfect mods for gathering and travel.

There is also advanced editing software for editing and the mod also allows “Live” streaming my 360 videos on the social media. This is something that you cannot get out from any other smartphone.

With Moto Insta-share Projector had turned my phone into a projector, screening a nearly 70-inch screen in my study room and bedroom. The projector will project a mirror image from my Moto Z2 Play instantly; I was able to project on the surface firmly with its durable integrated kickstand. My wife and I had hours had enjoyed hours of entertainment watching movies at night while the kid is sleeping. 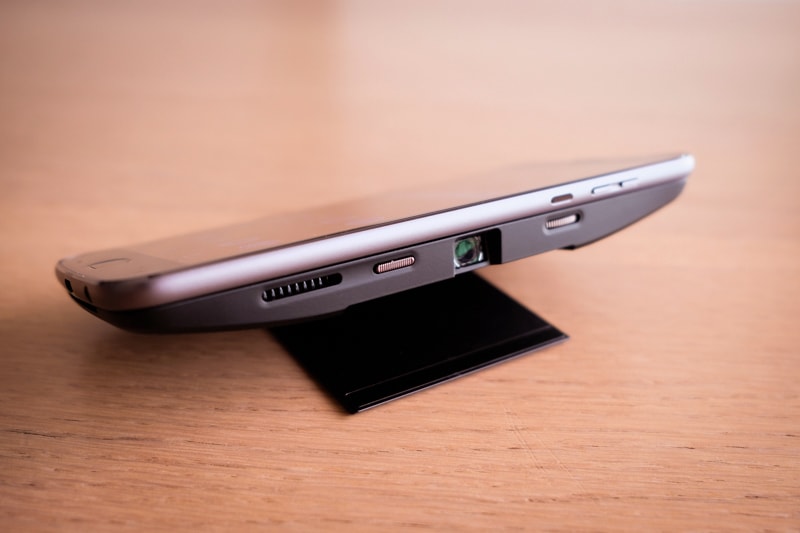 The Moto Insta-share projector uses the DLP projection technology, the lamp life would live up to 10,000 hours according to specs.

It has a built-in 1100 mAh battery to power the projector; as for me, it will usually last approx. 1.5 hours of usage, and I often connect a power bank to the projector via USB Type C so that I can easily complete a 2.5 hours movie.

I was very impressed with the images projected on the wall, it was clear, and the colour was rich, the sound is decent with it built in speakers; I kerbed the sound issue by pairing my phone with a stand-alone Bluetooth speaker.

Another impressive feature of this projector would be the keystone function that allows auto-correcting the projection perpendicularly onto the horizontal centreline of the screen, where you can only find this feature in that high-end projector.

I find that the retail price is reasonable, considering the impressive features; it is a pocketable and worthy mod to entertain more people in the dark.


The Moto Gamepad is the perfect tool for an old time gamer like me, I love the old school tactile physical dual joysticks and buttons gamepads. After putting on the Mods on the phone, it reminds me of the Nokia N-Gage QD back in those days.

The gamepad itself has a 1035mAh built-in battery powers the controller; it lasted me around 2 hours of gameplay for four consecutive nights without charging.

Just download the Moto Game Explorer from Google Play to explore tonnes of available games that are compatible with the gamepad, some of my favourite games include, Sonic the Hedgehog, Asphalt 8: Airborne, Final Fantasy IV.

You can try the games that are not available in the Moto Game Explorer, but I need to point out that not every game is completely compatible with the controller gamepad. For example, I can only control the hero’s movement with the left D-pad while playing the Mobile Legends; other controls will have to rely on the touchscreen.

In my opinion, the Motorola Moto Z2 Play and Moto Mods are simply innovative mobile devices on the market.

It is petty that not a lot of consumers get to know and experience Motorola’s phone and I hope consumers will take a second look at these hidden gems.

Where can you buy?

The Motorola phones and mods are available at these selected stores or sign up with M1.