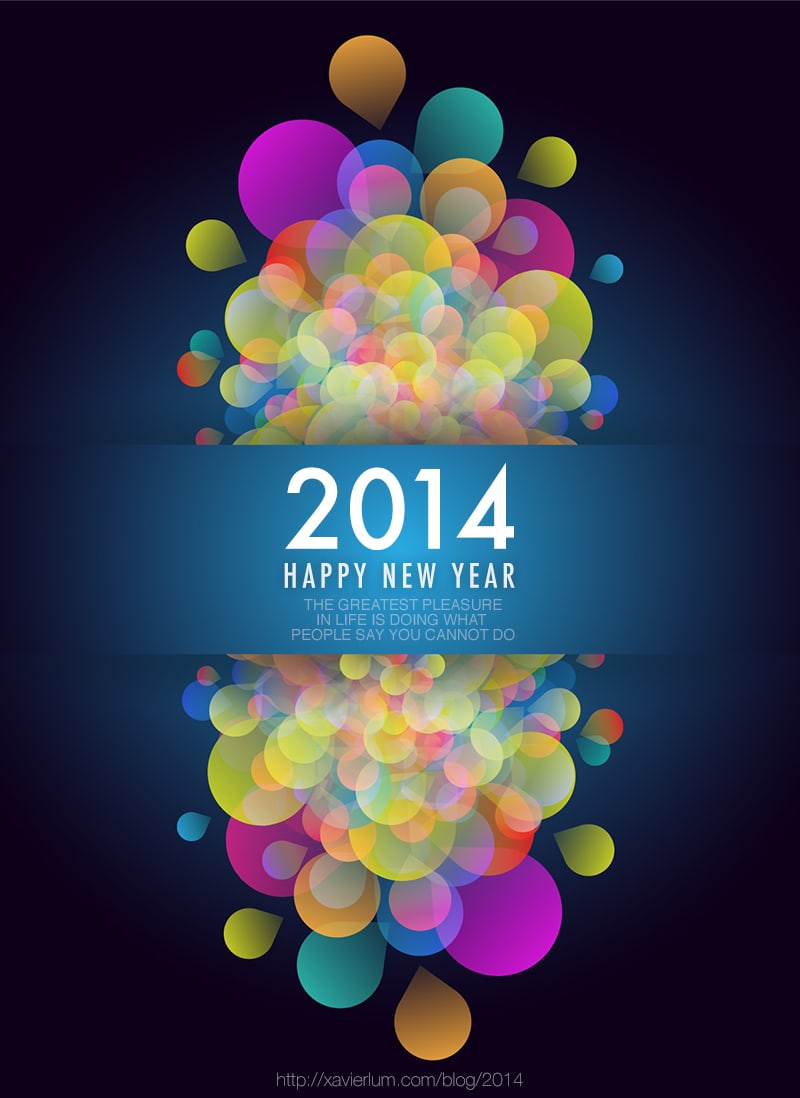 Happy New Year everyone… today is the last day of 2013, and it’s the new beginning of 2014. Have you self appraised yourself what you have accomplished in 2013? Or have you set your resolution for 2014 year?

Thank you for your support by viewing my website, though the viewership is not a lot, but i am happy to share my infos; reviews, my hobbies; art/ designs, and big small matter in here. During the start of my webby since late 2012, I’ve received feedbacks, quires, and compliments. Thank you, i like to hear more from you. I’m glad that i have given some suggestions (from my point of view) on new house renovation, one or two food reviews which have encouraged or discouraged you from patronising them.

The death of some famous figures who had left us earlier, Nelson Mandela, Margaret Thatcher, thank you for their contribution to this world and made the world a better place (salute). Cory Monteith from Glee, that shit head died from drug abuse; that’s nothing to be grief. Paul Walker starred in Too fast too furious, gone too soon… such a pity. Michael Schumacher (pending; pray hard), the famous race driver is now fighting his life from a coma, ironically outside the race track. I would pray hard for him but I do believe he has more to contribute to the society.

Happening news in Singapore… netizens trolling the “natural disasters” like Haze, Hailstorm, Mini Tornado, Water ponding, embrace it, because the weather is so unpredictable these’s days.

The unsounded humans have gone ku ku due to “?”, example the SOC Special Task Force Plain White Commando, Saliva spitter, Subway Samurai. Perhaps there are more out there just that the advance technology of camera phones had just made the country smaller. Oh yeah… Rioting, it happened since 40 years ago, who would ever think of? It reminded us that safety and security cannot be taken for granted.

Anyways, 2013 is quite a dull and boring year for me, nothing special or significant milestone i’ve accomplished; i am getting restless being status quo.